Today marks four years since Jon stepped from this life to the next. That seems like a long time. It’s a quiet ache today though—a remembering, an honoring, and a cherishing. This morning I listened to the one voicemail I still have from him. I basically have it memorized.  In 33 seconds he says, “I love you” three times. And it brought a smile instead of tears.

This anniversary is markedly different than the other three. Getting married again has something to do with it, I suppose. And if I felt like emojis were appropriate for blogs, I’d follow that sentence with a winky face, a kissy face, and pink hearts. It’s been a year of overflowing light and joy. As I reflect on this year of fourths, themes of reversal, redemption, victory, and love captivate my heart.

I was tempted to hook you with story of a “trauma trigger,” a moment of deep sorrow to illustrate that they still sneak in. They are rare, yet at times still powerful. I still struggle remembering the night Jon died. I fight the fear of losing my second husband, and I fear something happening to me— only because I don’t want him to know death or to experience crushing grief. But this is not a post primarily about fear.

I may yet tell that story, but for now God’s turning my heart a different direction.

Death is a broken thing; the result of sin, we were never meant to experience it. But God can make death beautiful. Through it he caused me to run to Jesus and to understand my desperate need for him. Pain and sorrow led to me know Christ in an all-together richer and deeper way. Through death, Jon no longer has to deal with temptation, sin, or weakness. I’ve said these things before, but important truth is worth repeating.

Christ’s death was also beautiful, for by it we know salvation; we know reconciliation, justification, adoption, grace, mercy, peace, and infinitely more.

And death can be redeemed. It will be reversed. Christ is risen from the dead. Therefore, those who die in Christ will also be raised for eternity with him. 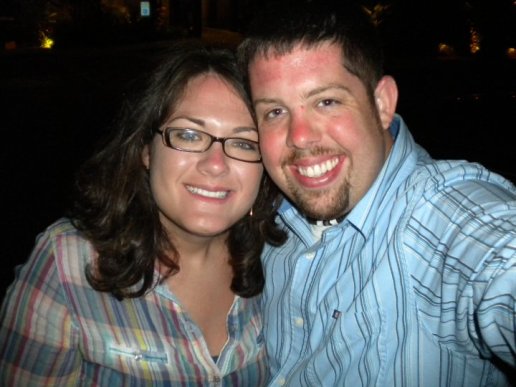 This year God also reversed my circumstances. No longer “widow.”

I wasn’t promised a second husband, but in a very real, and physical way I get to reflect what Jesus does for his people. I’m so thankful.

There were days I doubted that God still had beautiful things for me in this life. But he is a generous father. Even if he had never reversed my circumstances, he would still be good.

However, some things shouldn’t be reversed:

I remind myself that Jesus is the greatest treasure. The things that were true in the valley are still the bedrock when “life feels good.”

Early in our dating I assured David that I would love again and just as deeply. I’m thankful God has faithfully brought this love to fruition. It’s a magnificent thing.

Some folks seemed shocked at how a second love works. I still love Jon. But I also love David. Love multiplies; there is no need for intimidation. There is no second place.

I think the words I spoke as I took him to be my husband sum it up the best:

David, ours is s a story of beauty out of ashes. It is one of redeeming grace. As Boaz redeemed Ruth, so are you a kinsman redeemer. From the start you never ran from my story. You never let the word “widow” and all its unique challenges derail you. Rather you have embraced it all with immense grace, with gentleness, with compassion, and with bold confidence. You have even wanted to know Jon and who he was. You have called my story beautiful. Thank you for cherishing me. Thank you for lavish love. God has precisely and uniquely equipped to be the man for me. And I utterly adore you.

You are my kinsman redeemer, but you are merely a picture of the Ultimate Redeemer. We all were desolate and forsaken. But Jesus bought back His own, making her a gorgeous spotless bride. May our lives ever radiate the extravagant love of Christ.

And we get to see how God writes our story. Our story that is just a tiny part of His grand story. And I can’t wait for life with you. With so much joy, I take you to be my husband.”

There is tangible redemption in this life. And it is just a glimmer of true redemption. 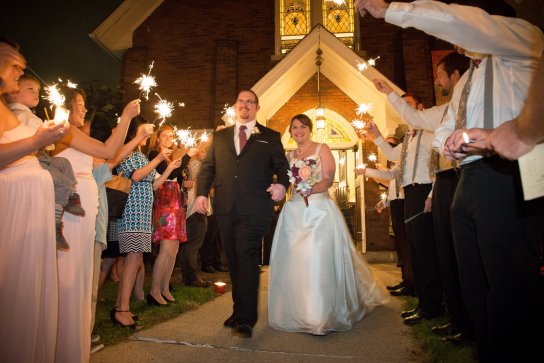 “And he will swallow up on this mountain the covering that is cast over all peoples, the veil that is spread over all nations. He will swallow up death forever, and the Lord God will wipe away tears from all faces.” Isaiah 25:7-8

In light of future glory, the trials of this life truly are light and momentary.

For a long time I could not sing “Christ is risen from the dead trampling over death by death. Come awake, come awake, come and rise up from the grave!… O death where is your victory?” without tears of sorrow. The words felt like a lie. For death surely stings, and “sting” doesn’t even being to come close to reality. But now I sing these marvelous words through tears of joy. One day there will be no sting.

Spiritual death is already swallowed up in victory, and one day physical death will also be swallowed up. Jesus is victorious, the Champion of champions.

“But thanks be to God who in Christ always leads us in triumphal procession, and through us spreads the fragrance of the knowledge of him every where.” 2 Corinthians 2:14

He is the general leading the lavish victory parade. And I am the willing captive following in his triumph— set free from the captivity of sin and death, and gladly captive to Christ.

The victory is His.

So on this fourth anniversary, I’m mostly just thankful. Trials will come again. There will be future grief. But there will also be future joy.

At first I was nervous at how much Jon and David are intertwined in this post. — Would people not understand? Would they think I love one or the other less? Would they think it wrong to mention David in an anniversary post?

And then I remembered what an exceptional blessing it is to have both of them in my heart.  They are intertwined in a way that only God can do. It’s a testimony of God’s love and grace. He didn’t have to give me either.

So, I honor my past and embrace my future

Reversal. Redemption. Victory. Love. Four powerful words that point to Jesus Christ. And He is what it’s all about.

Here’s the beautiful song:  Christ is Risen from the Dead (Matt Maher)

What has gone before: